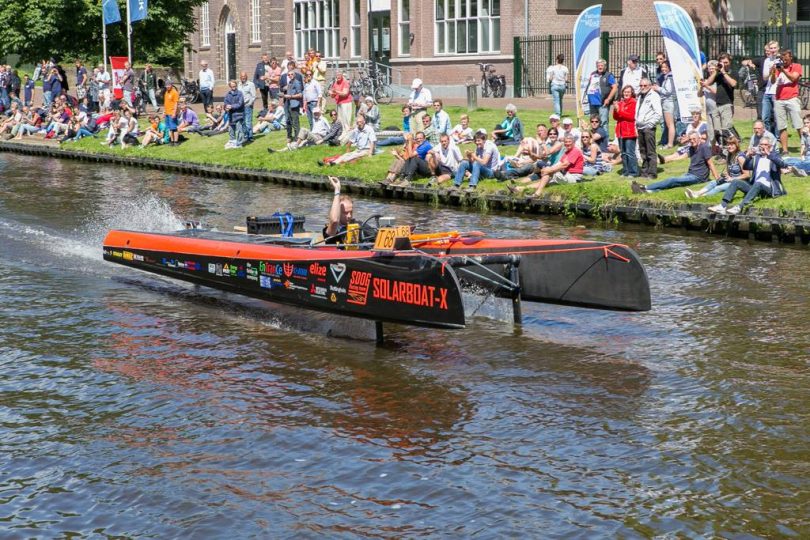 Australia has been organizing a World Solar Challenge for cars since 1987. In 2006 a small group of University teams in Holland started to race each other on the water in solar powered boats. Since then, this has grown into a bi-annual international event: the World Cup of solar powered boats. It is held in the Netherlands’ province of Frysland over Summer.

This year 40 international teams competed in the DONG Energy Solar Challenge. Teams came from afar as Bahrain, China, USA, Brasil, Finland, Poland and Indonesia to race with their solar boats and there has been an incredible level of progress and technical innovations since that first race in 2006. For example the TU Delft Solar Boat Team used a whole new concept to minimize drag & resistance and several teams now use hydrofoil designs where the complete hull is lifted out of the water at higher speeds.

The course is over 200km and covers 2 provinces. The race is held for various classes of solar powered craft and is spread out over an 8 day period in five different stages such as mass sprint and endurance racing. There are 2 non-race days where the teams have a chance to fix issues or attend to repairs. The fastest solar boat completed the whole race course in an accumulated time of just over 7 hours.
Just as with formula one car racing, it is events like these that lead the way in electric propulsion innovation for boats. Cutting-edge designs and new methods trialed here, will one day be incorporated in everyday use products to make electric propulsion, solar and battery technology more powerful, more efficient and more reliable. 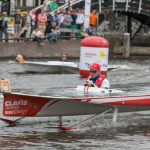 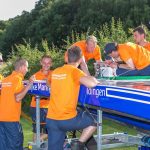 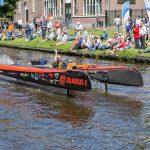 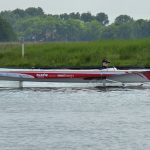 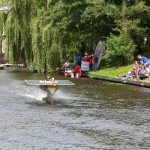 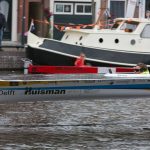 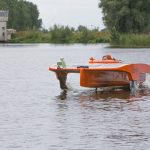