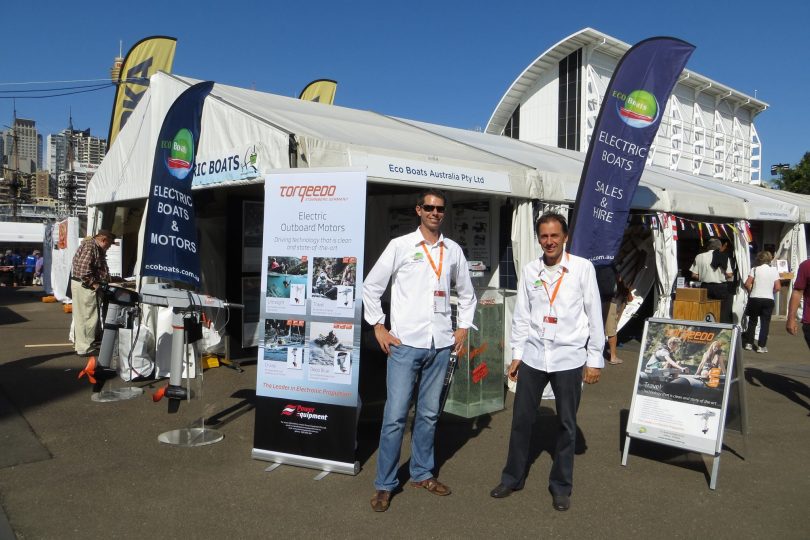 We were blessed with a sunny weekend for the 2016 Classic & Wooden Boat Festival in Darling Harbour, Sydney. Over 100 boats were on display, and many owners welcomed members of the public onboard to have a look at their often meticulous restored and maintained craft. Although the majority of boats were diesel-powered, there was a small number of steam powered boats and a few electric boats, such as ‘Scarab’ one of Australia’s oldest Halvorsen sailboats still afloat. Our stand had the most popular Torqeedo products on display, including the Travel 1003 which is equivalent to a 3HP petrol outboard and is the type of motor that comes in handy for every boat owner, big or small. Also on display were Solbianflex marine solar panels that are perfect to keep the batteries topped up when the boat lives on a mooring. ‘Norske’, an Int 8m class racing yacht which was converted to electric in 2012 with an Eco Boats drive system was open to public inspections of its 5kW electric inboard drive system. If you weren’t able to make it to the show last weekend, feel free to give us a call to discuss the possibilities of electric propulsion for your boat. 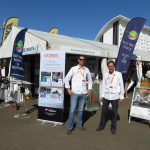 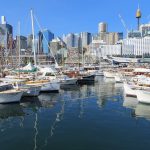 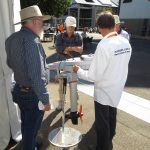 Lots of interest in the Torqeedo electric outboard 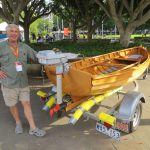 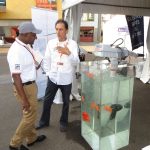 The Torqeedo Travel goes the distance (albeit in a tank:) 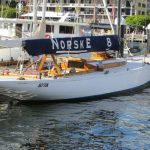 ‘Norske’ an International eight metre class timber racing yacht, was converted from diesel to electric in 2012