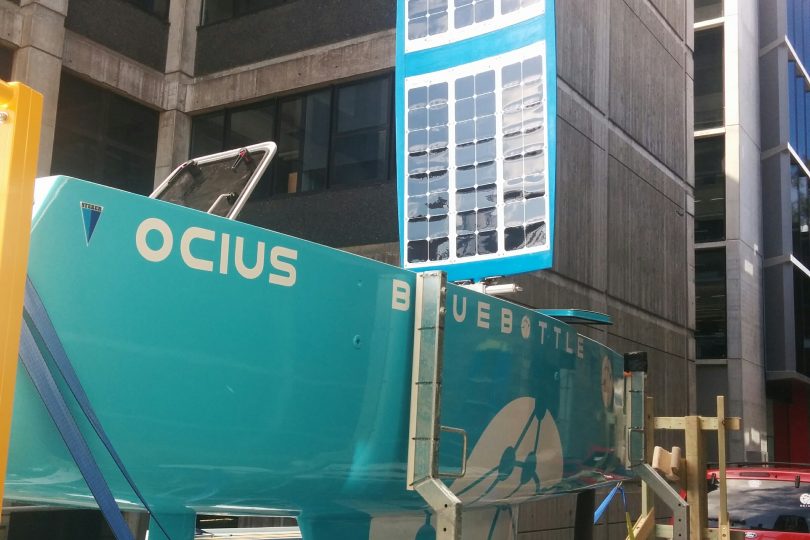 Australian-made USV’s powered by Torqeedo & Solbian Ocius is an Australian organisation which in collaboration with the University of NSW And SteberCraft has developed a new generation of ocean drone vessels. Known as ‘unmanned surface vessels’ (USVs) these drones can be utilised for industrial, defence and scientific organisations to survey and protect the world’s oceans. Called “Bluebottles”, after the Australian marine animal that lives at sea and uses its body as a ‘sail’ to get out of currents, Ocius USVs harvest the energy available at sea; from the sun, the wind and the waves. The result is an autonomous data gathering & communications platform that can remain at sea for weeks or months at a time. The aim is to assist friendly governments and offshore operators make large efficiency gains – to do more with less – at the same time as removing people from harm’s way. Ocius Bluebottle USVs offer multiple economic and operational advantages over conventional manned craft such as continuous coverage, reduced capital & operational costs, elimination of errors due to human fatigue whilst removing people and expensive assets from harms way. ‘Bruce’ the version 2 prototype of the Bluebottle, is powered with a Torqeedo Cruise 2.0 Pod motor and Torqeedo Power 26-104 batteries. An array of Solbian solar panels attached to a moveable rigid ‘sail’ allow Bruce to be completely energy independent whilst at sea. The team at Ocius is currently trialling the system on Sydney’s coastal waters and Eco Boats is excited to be a supplier for this high-tech Australian engineering project. For more information on Ocius and the Bluebottle, please visit www.ocius.com.au 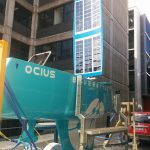 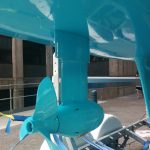 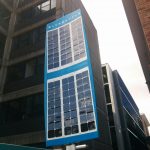 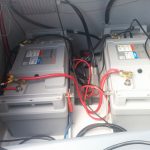