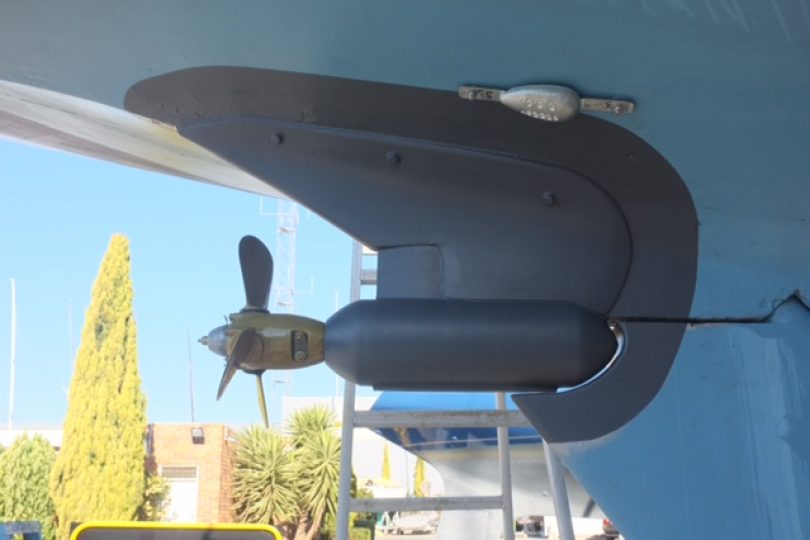 ‘Francis’ the Melbourne based international 8-metre class yacht has joined two Sydney-based 8-metres in going electric. ‘Francis’ did not have any engine before and to minimise interference with the ships 1947 built heritage hull, her owner Peter Johns chose a 7.5kW electric Pod motor, supplied by Eco Boats. The Pod motor is mounted under the hull and fitted with a 3 blade feathering propeller to reduce drag when under sail. The 48V battery bank provides a couple of hours running time at cruising speed, whilst the motor gives ‘Francis’ a top speed of just over 6 knots. ‘Francis’ regularly races on Port Philip Bay with the Royal Yacht Club of Victoria from Williamstown.