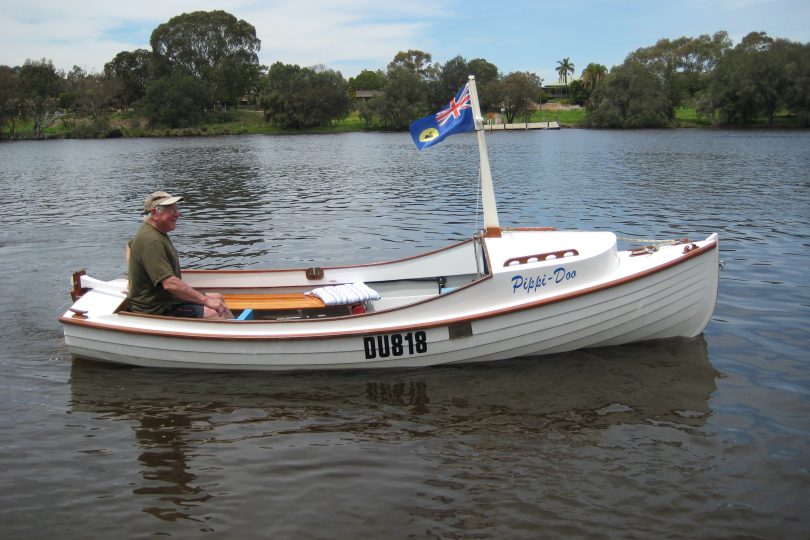 Pippi-Doo is a David Payne designed 14ft traditional ‘putt-putt’ built in 2008 by owner Geoff Rumsey, of Perth. In the first instance the boat was fitted with a 1950’s 3 1/2HP Blaxland inboard, which gives the boat it’s typical putt-putt sound when underway. However, the motor was not as reliable as hoped so an alternative was found in the 2.4kW Bellmarine-Mastervolt ‘DriveMaster Classic’. Pippi-Doo is just over 4 metres long and weighs only 400 kgs so is very easily driven. Powered by a 24V, 160Ah battery bank Pippi-Doo now glides quietly across the river ensuring Geoff and his family & friends have a great time on-board.