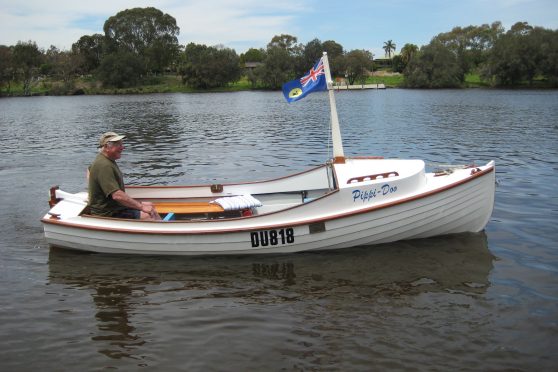 Pippi-Doo is a David Payne designed 14ft traditional ‘putt-putt’ built in 2008 by owner Geoff Rumsey, of Perth. In the first instance the boat was fitted with a 1950’s 3 1/2HP Blaxland inboard, which gives the boat it’s typical putt-putt sound when underway. However, the motor was not as reliable as hoped so an alternative […]