Home / Experts in electric boating / Electric Boating and the Environment

Electric Boating and the Environment

Eco Boats Founder, Steven Mullie, set up Eco Boats 13 years ago because of his passion for two things – boating and the environment.

As a company we have a clear mission – to provide Australian boat owners with a powerful and green alternative to diesel & petrol engines.

We believe that boating should be a pleasure that’s best enjoyed without putting a strain on the environment so we’re passionate about treading lightly in our beautiful blue backyard.

“Significant power is needed to move small boats through the water – even better performing and relatively ‘clean’ engines emit far greater quantities of pollutants per hour than a typical modern car engine.  One hour of operation of a boat that complies with US 2006 emission standards (i.e. has a relatively clean engine) produces the same pollution as about fifty cars operated at a similar speed. Older style outboard engines that do not comply with US EPA 2006 limits are likely to emit around ten times the amount of pollution compared to conforming engines”*

But the good news is there is an alternative

Eco Boats is proud that we’ve so far prevented over 1,000 small petrol outboards and more than 50 diesel inboards from polluting Australian air and waterways by providing a powerful electric propulsion alternative.

Electric boating is not for everyone

If you love waterskiing or making ocean passages with a motor boat, you will be disappointed by the limitations of today’s battery technology. Whilst it’s possible to go fast and far in an electric boat it’s very costly due to the large battery bank needed and complexity of charging those banks.

For many applications such as powering a tender, daysailer classic wooden boat or even a large racing yacht there is no need to go fast or far and it’s those type of applications where electric propulsion is most suitable.

Have a browse through our Testimonials to see what types of boats have made the switch to clean & green electric propulsion in Australia.

The innovation that drives electric propulsion is moving at record speed and is being adopted by more and more Australian boat owners. As Australia’s largest and longest established supplier of electric boat motors we see the demand for electric marine motors first hand with sales increasing every year. With the combination of improvements in both drive-train and battery technology and increasing production which improves affordability, electric propulsion is offering a real alternative for a growing number of boat owners.

So whether your looking to upgrade your existing inboard or outboard motor, or purchase your next boat – consider electric propulsion – the benefits are far reaching – not just for yourself but also for the beautiful waterway you enjoy so much. And let’s not forget the additional user benefits, such as no noise, no headache inducing fumes, no petrol and oil leaks and a clean, non-smelly bilge. 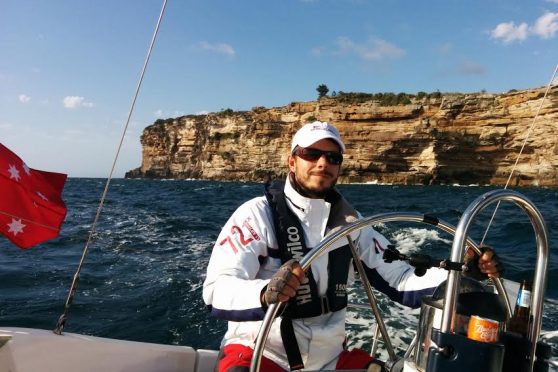 < Back to Experts in electric boating
top