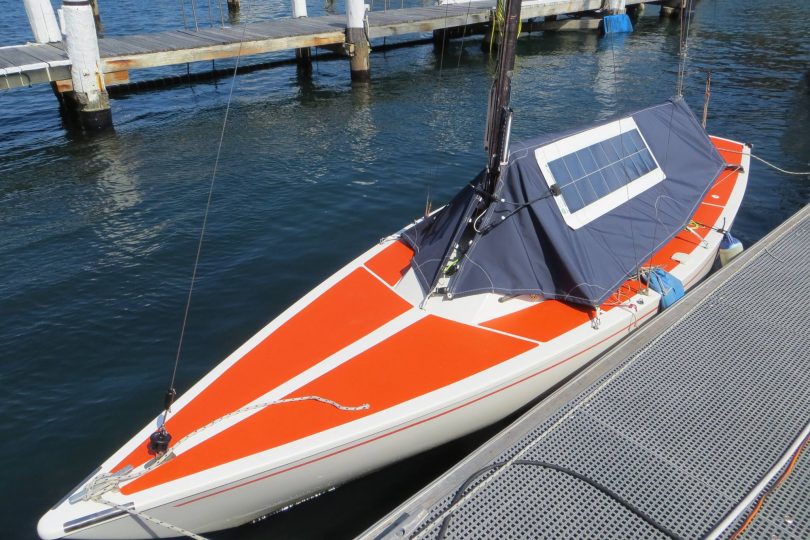 The Yngling is a Norwegian designed type of small sailboat. It’s a cross between a dinghy and keelboat and over the years it’s become very popular worldwide and was even chosen as the Olympic women’s keelboat in 2004 and 2008. More than 4000 of this one-design sailboat have been built and many have been raced by their owners for many years.

The Yngling is typically operated without a motor, so you have to be completely reliant on the wind and currents to reach the starting line of a race, or afterwards, your mooring or dock.

For one Sydney based Yngling enthusiast the emphasis is no longer on winning the race. Rather than changing over to a small cruising boat he started looking for ways to make his Yngling more comfortable to use and quickly settled on the idea of electric propulsion.

The boat was fitted with a Dutch-made Bellmarine DriveMaster Ultimate, supplied by Eco Boats Australia and fitted by Hudson Boat Building in Kirribilli. Combined with a feathering propeller from JBC Yacht Engineering in Kirribillli this makes for a very efficient and powerful set-up.

Running from a 48V 4kWh battery bank the boat easily reaches hull speed at just under 6 knots. More importantly at a cruising speed of around 4 knots a range of 8 to 10 nautical miles can be expected, more than enough to get the boat up to the starting line or get home when becalmed in the middle of the harbour.

As this little yacht lives on a swing mooring, power to re-charge the batteries is supplied by two Solbianflex solar panels which are attached to the boat cover with zippers. Before use they are simply detached from the canopy and stored away and whilst the boat is not being used the solar panels recoup the energy used whilst motoring. Clean, efficient and virtually maintenance free.

The silent electric motor gives the same experience when under power as when under sail and gives this Yngling a new lease on life.

For more info on Bellmarine electric propulsion or Solbianflex marine solar panels, contact us for a demo or quotation. 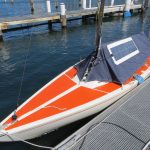 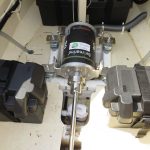 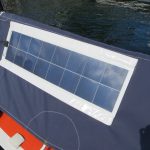 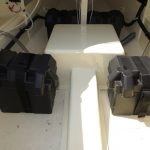