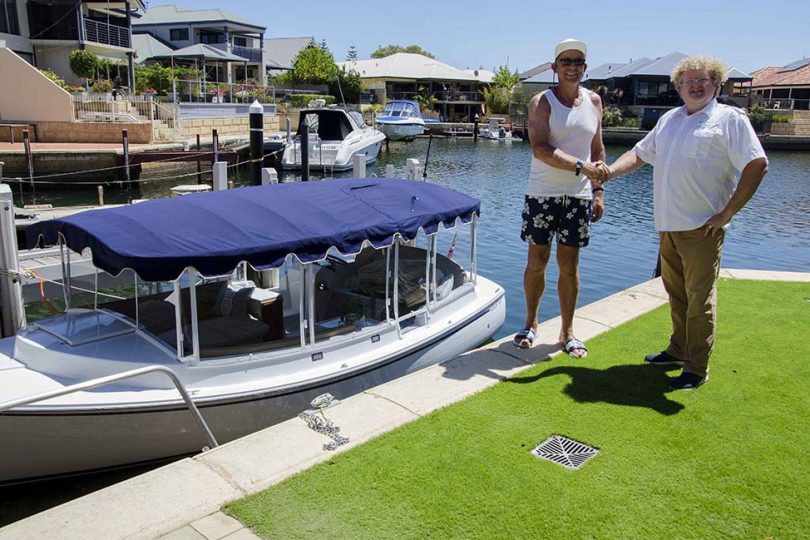 In May last year the first ever Duffy boat (a pre-owned 16 footer) made it’s way to the waterways of Mandurah. The owner liked his Duffy boat so much that he decided to order a brand new 22’ foot flagship model, the ‘Cuddy Cabin’ which was commissioned and launched at Mandurah Ocean Marina. Gerd from Eco Boats WA handed the boat over just in time for Christmas. Happy sailing to it’s new owner John and his family!

Duffy electric boats are just perfectly suited for cruising around canal estates like here in Mandurah WA or on the Gold Coast & Sunshine Coast QLD. They run for a full day at cruising speeds of 4 to 5 knots and can simply be recharged from normal household power for a few dollars.